World Malaria Day 2021 – What does it take to reach zero malaria?

Each year, more than 400 000 people die of malaria – a preventable and treatable life-threatening parasitic disease. Almost half the world’s population (about 3.2 billion people) are at risk of malaria with 229 million new malaria infections reported in 2019 and an estimated two thirds of deaths being among children under the age of 5.

The last 2 decades have seen a period of unprecedented progress in malaria control with the mortality rate dropping by up to 60% between 2000 and 2015 and a further 11 countries being officially certified as malaria free. The last 5 years however have seen a progress plateau, with senior health leaders calling for a renewed response to the treatment and prevention of malaria. The creation of new financing mechanisms, such as the Global Fund to Fight AIDS, Tuberculosis and Malaria and the EU Malaria Fund, together with robust political commitments has led to large scale deployment of malaria testing and access to artemisinin-based combination therapies (ACT’s), the recommended first line treatment for uncomplicated P.falciparum malaria.

However, malaria control is facing one of its greatest threats, an increasing trend of drug resistant parasites. ACT’s are used in most malaria endemic countries and remain a highly efficacious treatment, but with resistance confirmed in two of the four human malaria parasite species in areas of Southeast Asia and evidence of mutations linked to partial resistance in Africa, further spread of resistance could jeopardize important gains in the fight against malaria.

Working together for a malaria free world

In 2018, Evotec joined the fight to eliminate malaria and resistant pathogens with its acquisition of Sanofi’s infectious diseases R&D site in Lyon, France, with approximately 115 employees, a highly skilled and experienced infectious diseases team and an R&D portfolio in antibacterials, antivirals and global heath including tuberculosis and malaria.

Capabilities span from early drug discovery to clinical trials with proven experience of WHO recommendations, the specificities of antimalarial drugs, and target candidate/product profiles (TCP–TPP) as well as an extensive knowledge of the Plasmodium in vitro/in vivo models at all stages of the parasite life cycle.

Evotec’s highly experienced malaria team has access to a vast network of labs and organisations recognised for their expertise in antimalarial assays/models as well as internal PK/PD experts able to translate discovery data into appropriately designed antimalarial clinical trials. 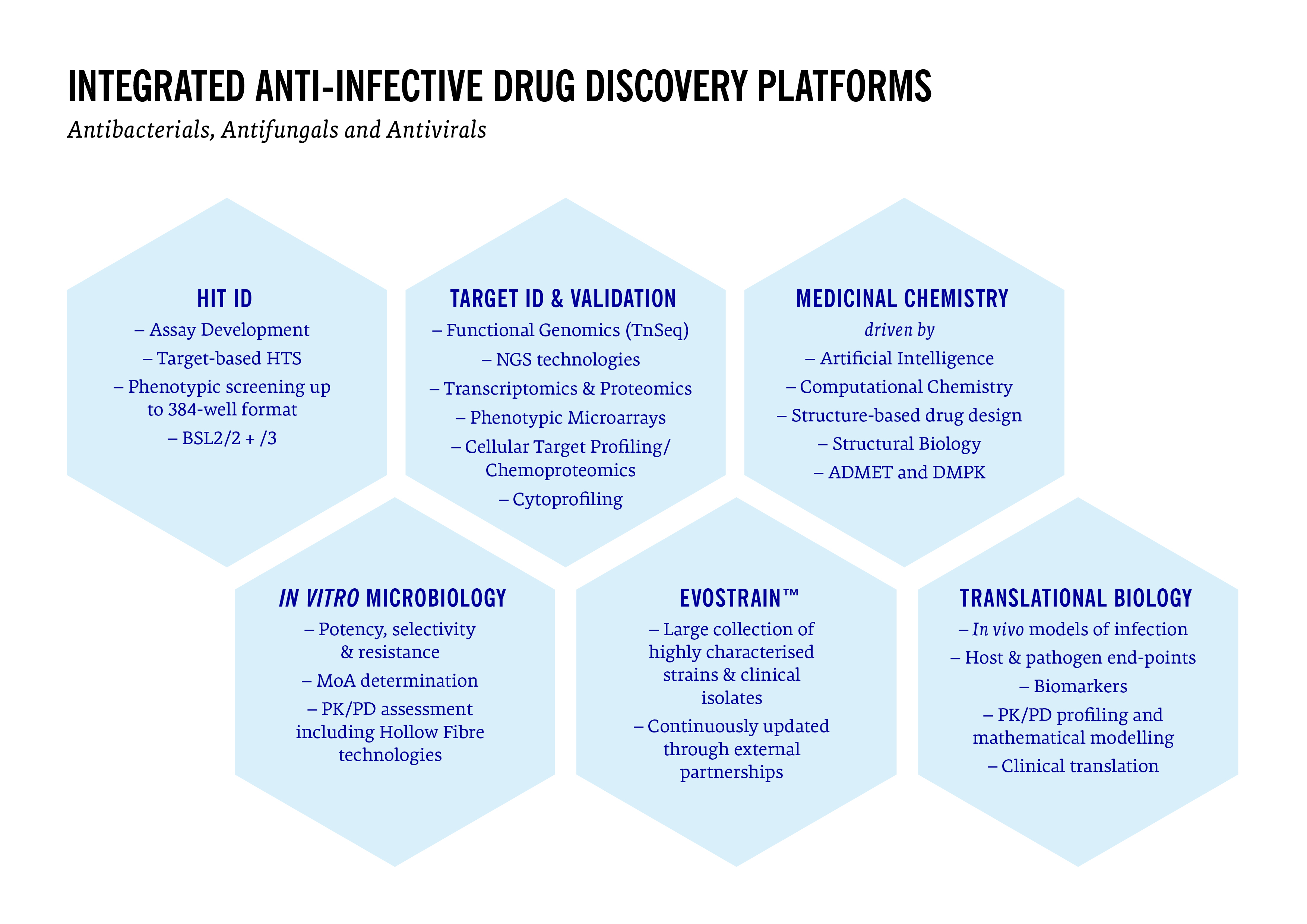 With the SARS-CoV2 pandemic representing a formidable challenge to malaria responses and the impact of this still being largely unknown, this World Malaria Day Evotec joins with other organisations to celebrate the achievements of countries that are approaching – and achieving malaria elimination #researchneverstops