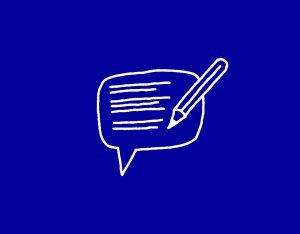 Chinese Ovary Hamster (CHO) cells are the most common mammalian cell lines used for the mass manufacturing of therapeutic proteins as they can produce recombinant proteins on the scale of 3-10 grams per liter of culture. However, the expression of these recombinant proteins rely on random genomic integration events, which typically result in a widely heterogeneous cell population. Therefore, cell line development is taking up much time for the extensive pooling and clone screening to identify clones with high expression, growth, and product quality.

Also, the random integration precludes experiments such as variant library screening as this screening method needs stably overexpressing pools or libraries of molecules in a single cell culture. With random integration, the assessment of yield, degree of library enrichment, etc. is very complicated as it is difficult to determine whether resulting library members differ due to inherent characteristics of each variant or merely to due to variable genomic integration site(s).

To address this problem and to provide a time- and cost-efficient solution, Just-Evotec Biologics’ scientists have developed two targeted integration systems by generating two clonal CHO cell lines stably expressing enhanced green fluorescent protein (eGFP) reporter landing pads in genomic hot spots. The goal of this study was to compare two options to evaluate the one that might be most suitable for in-house usage.

For the study, the team combined several approaches to circumvent random chromosomal insertions, resulting in the precision and reproducibility associated with site-specific recombinases as well as the biased selection of genomic hotspots associated with a certain transposon.

Recombination was carried out either by Cre or PhiC31 recombinase. Subsequently, genes for the expression of three therapeutic protein molecules were used to test targeted integration. The cell lines were then assayed for yield and productivity as well as characterized for landing pad copy number and integration fidelity by targeted locus amplification (TLA) and PCR. Both cell lines expressed high levels of the respective recombinant protein. The scientists additionally tested for enrichment of cell subpopulations with fully saturated landing pads with ganciclovir (GCV) counterselection.

Finally, the team developed a small antibody library of ~100 variants through random pairing of 10 unique light chains and 10 unique heavy chains by transfecting this library into a cell line containing a single copy landing pad wherein each cell line would express a single variant. Puromycin selection was used to identify cells that had successfully taken up one of the variants and cell-sorting for variants that successfully paired and expressed. Finally, the identity of successful chain pairs was determined with next generation sequencing.

Although additional work and optimization is still needed, the great advantage of this approach lies in the predictability with regards to the chromosomal integration of transgenes of interest. Among others, a key advantage of this approach is its ability to combine eGFP as a reporter gene and transposon-mediated integration to establish high-expression landing pad cell lines. With a significant decrease in heterogeneity between clones, it is possible to be able to reduce extensive pool screening, large scale cloning, and clone screening efforts.

All in all, defining and targeting predefined locations that promote high expression of an exogenous protein allows to develop cell lines expressing different recombinant protein therapeutics with a high degree of specificity and reproducibility – which, in turn, and will save a lot of time and costs.

For more information, please read the study or have a look at our poster.