Chikungunya – How to Design a Trial for Chemoprophylaxis 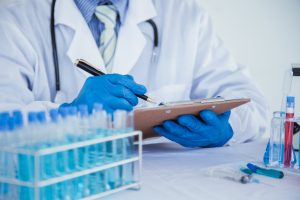 Chemoprophylaxis is a well-known strategy to prevent infectious diseases in populations at risk, e.g., in malaria, tuberculosis, or Neisseria meningitidis. Therefore, it is also being discussed for other diseases, such as Chikungunya virus (CHIKV) infection. This disease is spread by Aedes mosquitoes and leads to acute febrile illness, as well as to inflammation and disabling pain in the joints. While the acute fever often resolves within days, musculoskeletal, arthritis-like symptoms can persist for months and years, leading to a substantial burden of disease in tropical and subtropical areas.

There is a need not only for therapeutic, but also prophylactic treatments against Chikungunya disease – like those available for malaria. However, the design of clinical trials is complex as Chikungunya outbreaks are challenging for studying interventions: They are unpredictable in time and place, spreading rapidly, but with usually short life-spans and differential diagnosis is complex, so that there is a high risk that the outbreak is over before a trial can be conducted.

However, there is a potential solution, following evidence on the risk of secondary household infections in chikungunya outbreaks. Household transmission is well-known from respiratory viruses transmitted via aerosols. At first glance the transmission via a mosquito seems not comparable to the transmission mode of airborne viruses, but it is known that the main vector, Aedes mosquitos, has a very limited flying range, resulting in spatial microclustering of CHIKV outbreaks: household members and near neighbors have the highest risk of secondary infections. Therefore, enrolling such a high-risk population could allow for a more feasible, smaller, shorter and conclusive trial.